Storage Made Easy
Sign in EU Server — Switch to US Server The EU & US servers are separate for data legislation reasons and you need a registered account for the relevant server to use it.
Need an SME account? Create an account

CloudDav™: WebDav over many clouds 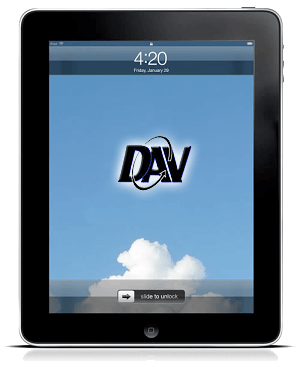 WebDAV is a protocol that allows for the convenient mounting of a remote server for easy file access. Once setup, using it is as simple as working with a file system.

Storage Made Easy has WebDav enabled its API to enable you to use WebDav for accessing files from multiple clouds in one WebDav view.

Even better than this, we WebDav enable all the storage clouds we support through our service even if the cloud storage provider does not support WebDav for its Cloud implementation. Example of this are Amazon S3, RackSpace Cloud Files, Microsoft OneDrive, Dropbox, and even FTP Servers!

Why is this useful? Well, many desktop and mobile platforms support WebDav integration but often offer no support for cloud servers, or only support a limited number of Cloud Servers. Using CloudDav™, you can still integrate and access your Cloud Files using WebDav

For example iWork on the iPad only supports WebDav, so if you want to access and edit your Google Docs, Amazon S3, DropBox, or other files through iWork you can't, but using CloudDav™, you can! The same goes for other programs that support WebDav but not specific cloud storage implementations

How do you obtain CloudDav™? CloudDav™ is available with all of our paid plans for free.

What does it work with? Well, it works where WebDav works, with one notable exception, which is the Mac. We deliberately block it being used directly from the Mac OS as the Mac OS has a non-standard WebDav implementation which tries to read and lock all files in all folders before returning which is non-performant.

Please consider our Mac Cloud Apps for use directly on the Mac OS. This includes a Virtual Cloud Drive, just like the (now defunct) iDisk except it works across any of the clouds you have mapped to your account.

What Programs does it work with on the iPad/iPhone? The programs we know of are iWork (Pages, Numbers, Keynote), Readdle Docs, Office2 HD, Print n Share, CloudConnect Pro, OmniGraffle,OmniGraphSketcher and NoteBooks. Any other Apps that support WebDav should also work.

What else is it useful for? Some next generation mobile devices have WebDav clients built into the phone such as the Nokia N98 which you can use with CloudDav™.

How to configure CloudDav Wherever you see support for WebDav you should be able to use CloudDav™. The WebDav endpoint you should use is:

The authentication details are your Storage Made Easy username and password.

We use cookies to provide functionality for our website and online services. If you have logged in, we remember who you are. We also use third-party analytics and marketing cookies to give us feedback on how our websites are being used and how visitors find them. These can be disabled.

Required Functional Cookies. These allow us to distinguish your from other users, and to remember your preferences.

You can always review your cookie settings by clicking on "Cookie Settings" on any page. These settings will take effect once the page has been refreshed. Refresh now.